This website is free, but the maintenance is not! Advertisements are our only source of income. Please whitelist us in your AdBlocker and accept our privacy settings. We won't serve any aggressive ads. Thanks!
Live: KAS Eupen - RSC Anderlecht 1-1 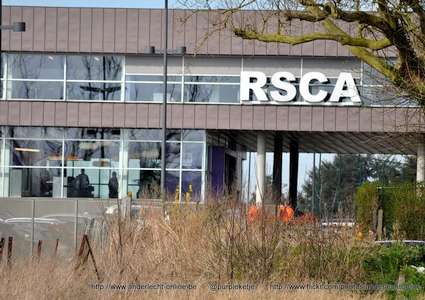 Verbeke inquired about Henry and D'Arpino

OTHER At the start of the transfer summer, Peter Verbeke briefly contacted the entourage of striker Thomas Henry (OH Leuven) and midfielder Maxime D'Arpino (KV Oostende). That writes Sport/Voetbalmagazine this week. Anderlecht, however, did not proceed with a concrete offer.
Read more »

Daskevics is now trying in Norway

YOUTH Eduards Daskevic is currently trying to secure a contract with Hamkam, the leader in the Norwegian second division. Last week, the 19-year-old Let from the U21 of Anderlecht was still on trial at Vendsyssel FF from the Danish second division. Read more »

'Transfer Zirkzee to Anderlecht is getting closer'

TRANSFERS According to the Italian newspaper Corriere di Verona, Anderlecht and Bayern Munich are close to an agreement on a loan of Joshua Zirkzee. Hellas Verona, which has also already reported to Bayern, seems not to succeed. Read more »

Selection: Mykhaylichenko in, Bundu and Arnstad out

GAMES Bogdan Mykhaylichenko is the only new name in Vincent Kompany's selection for tonight's match against Eupen. Mustapha Bundu, who was allowed to come in for another fifteen minutes against Union, is out. Kristian Arnstad is also not going to Eupen. Read more »

GAMES The return leg between Laci and Craiova ended with 0-0 after Laci had already won the first leg 1-0. The Purple & White will therefore take on the Albanian club Laci. Ticket sales start on August 2. Read more »

DAMES For the third friendly game, RSCA Women had to face the neighbors of Femina WS Woluwe. Anderlecht won the match with 5-1 (half-time 3-0). Noémie Gelders found her way to the nets for the first time since her return. Wullaert(2), Maximus and Colson scored the other goals. Read more »

There is no data available yet. Please check again later.

Anderlecht-Online is a non official fansite that works with volunteers. You can join our webteam if you like. Donations are only used to improve our website and service. 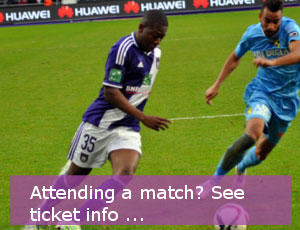 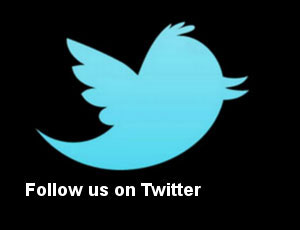